Crime of the Week

Submit a Tip
Tip Follow-Up
Mobile App
If you have any information about these crimes or any person(s) involved, you are urged to call Crime Stoppers at or submit a Web Tip .  You do not have to give your name.  CRIME STOPPERS will pay a cash reward of up to $1000 and you can remain anonymous.

APD investigating overnight murder; possibly linked to three other murders of Muslim men in Albuquerque
Public Urged to Call Crime Stoppers with Tips about Murders
APD homicide detectives are investigating an overnight murder of a Muslim man that may be linked to three similar murders in Albuquerque. The FBI is assisting in the investigation.
APD officers in the Southeast Area Command responded Friday just before midnight to reports of a shooting in the area of Truman St. and Grand Ave., N.E. An adult male was located and found to be deceased. Homicide detectives were called to the scene to start an investigation. Investigators learned the victim, believed to be in his mid-20s, is Muslim and a native from South Asia. His identity has not been positively confirmed.
Investigators believe Friday’s murder may be connected to three recent murders of Muslim men also from South Asia.
Detectives on Thursday determined there is a connection between the Aug. 1, 2022, murder of Muhammed Afzaal Hussain, 27, and the July 26, 2022, murder of Aftab Hussein, 41. Both men are Muslim and from Pakistan. They were killed in Southeast Albuquerque, near Central Ave.
As a result of these murders, detectives are now trying to determine whether the Nov. 7, 2021, murder of Mohammad Ahmadi, a Muslim from Afghanistan, is also related to the more recent homicides. Ahmadi was killed outside of a business he and his brother ran at 1401 San Mateo Blvd., N.W.
Anyone with tips about these murders is urged to call Albuquerque Metro Crime Stoppers at 505-843-STOP (7867) or p3tips.com/531.
Crime Stoppers is offering a reward up to $20,000.00 for information leading to the arrest of the person(s) involved in this heinous crime.

On February 3, 2022, two unknown individuals attempted to break into a residence on the Pueblo of Isleta, where the victim is a senior citizen. The white Ford truck pictured is believed to have been used in the commission of the attempted burglary.

The vehicle is a newer model, white Ford Truck, unknown license plate number. One of the suspects is described as a Hispanic male, wearing gray sweats, a black sweater with a white stripe that says AIR JORDAN, and a black beanie with a Raiders emblem on the front.


On August 22, 2021, an unknown male and female walked into Sunglass Hut and stole several thousand dollars worth of sunglasses. The duo then exited the business and got into a light blue Toyota Corolla. 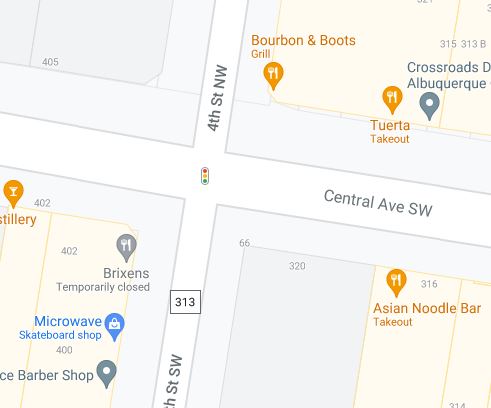 On July 10, 2021, Albuquerque Police responded to a shooting in the area of Central Ave NW and 4th Street NW, where one individual was shot and killed and another individual is in critical condition.

Anyone with information on this incident could be eligible for up to a $1,000.00 CASH REWARD.

On January 25, 2021, at approximately 8:30 a.m., 63-year-old Mike Guerra was shot and killed near the Pep Boys on Madeira Drive SE and Central Ave, during a physical altercation with an unknown male.

The shooter was seen getting into the vehicle pictured and fleeing from the scene. Investigators believe the vehicle to be a Green 90’s model Infiniti. There should be a watermelon size dent on the driver’s side between the front and the back door.

In June of 2020, the remains of a female were discovered in a secluded mesa area of Rio Rancho, New Mexico. The remains were approximated to have been there three to six months. The female most likely went missing sometime between January and March of 2020. The female appears to be a victim of homicide.

The female appears to be White, Hispanic or Native American with (possibly) long, dark hair. She is over 5 feet 6 inches tall, with a medium build. She has a small tattoo on her outer right ankle, a tattoo on the back of her neck, and a small, circular tattoo on the center of her lower back. She was wearing Levi’s brand shoes (possibly black or gray in color).

The Rio Rancho Police Department is seeking assistance in identifying her. 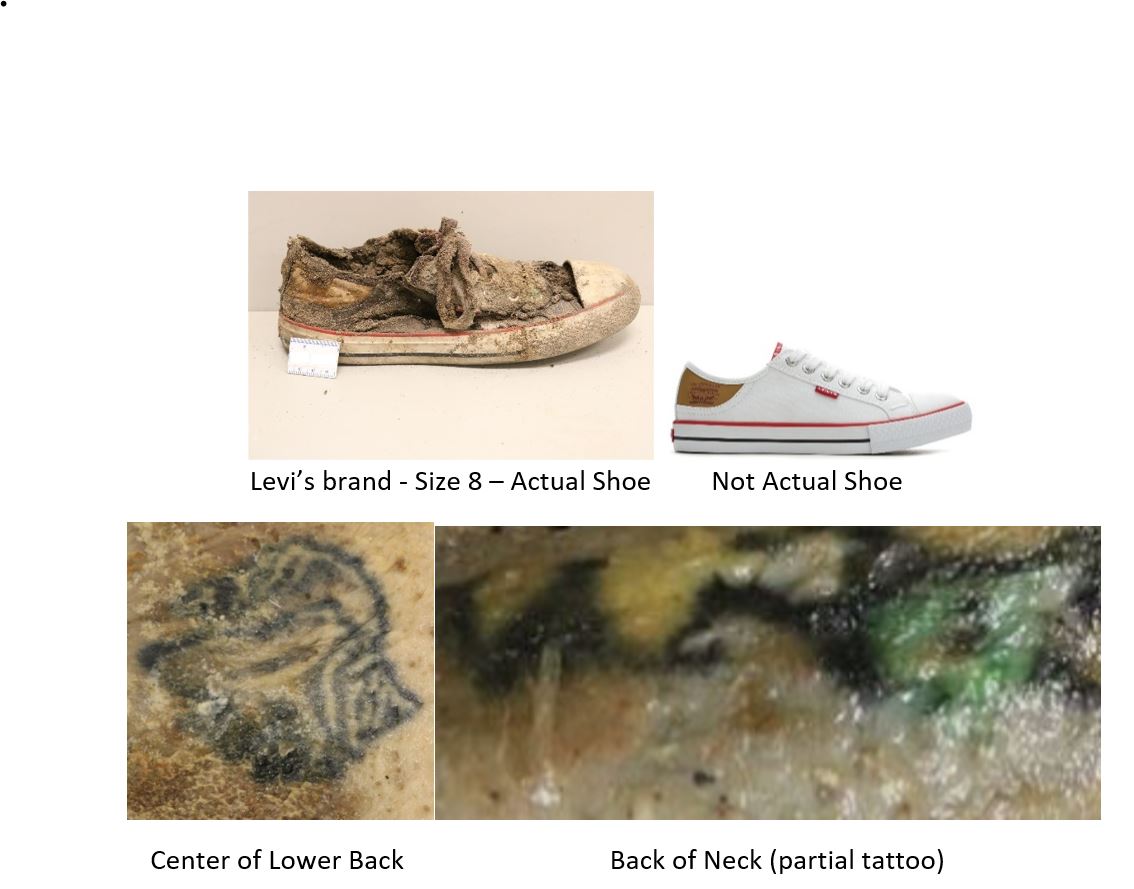 This dog was found by a citizen in a trash bag on the side of the road at 118th St and Amole Mesa SW. The citizen, who found the dog, brought the dog to the Westside shelter where the dog was euthanized due to decline in health. Animal Welfare is for any information as to who the owner is, or where the dog may have lived. 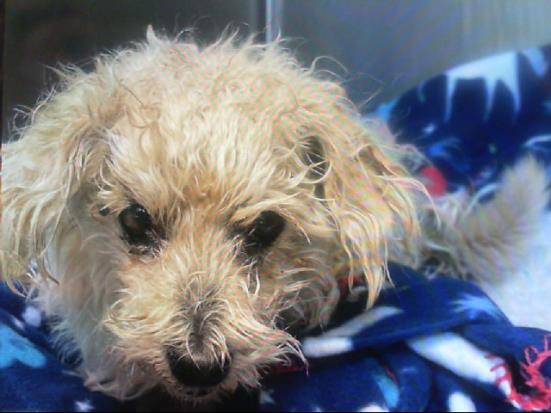 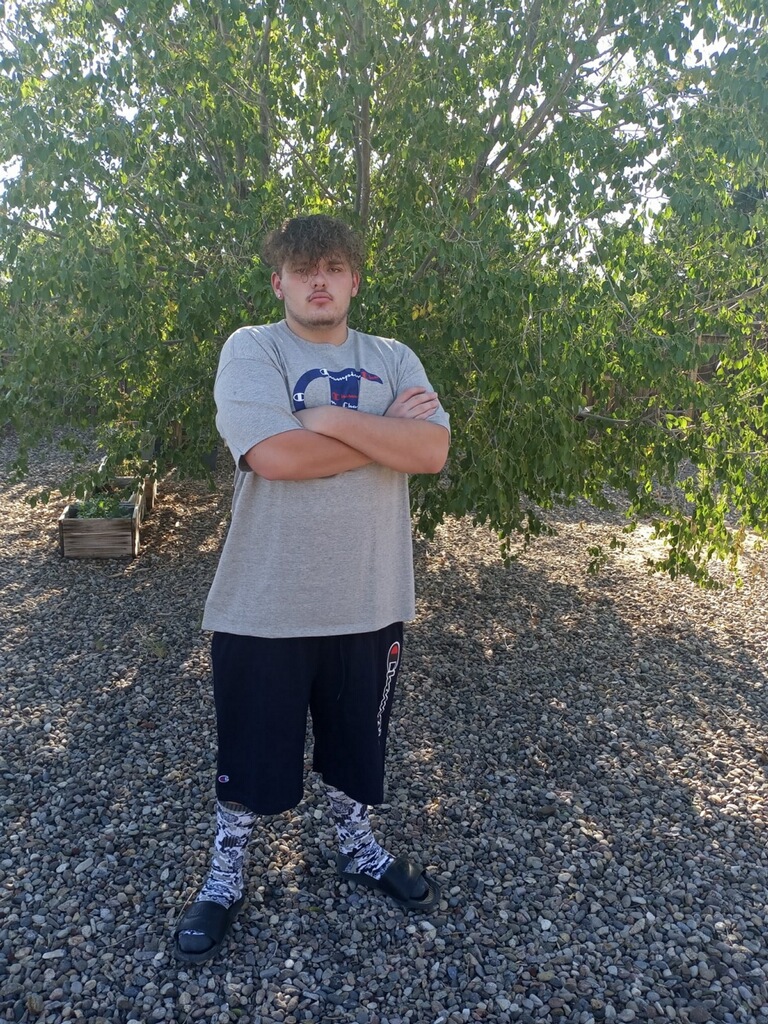 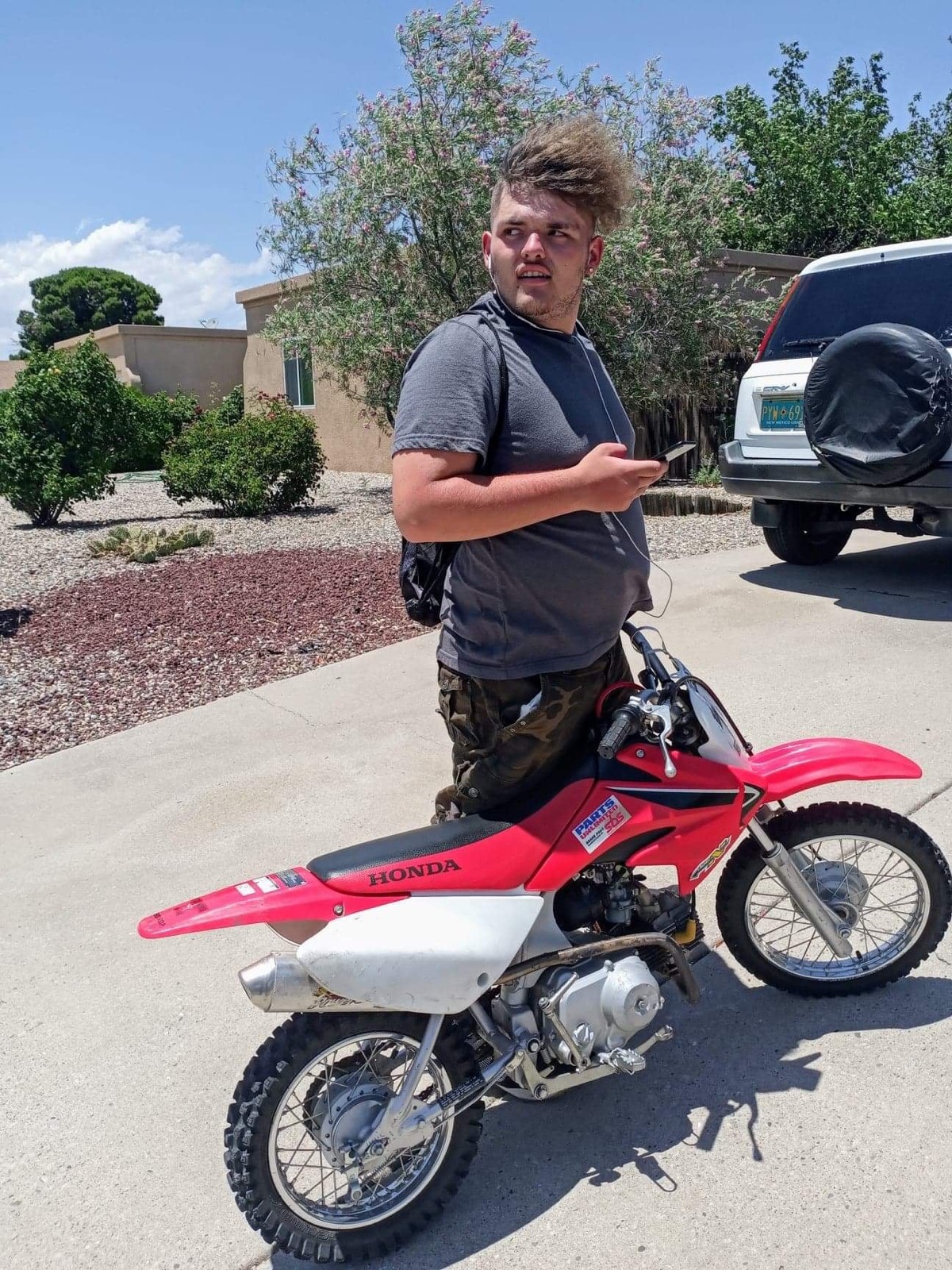 On January 07, 2021, The Albuquerque Police Department’s Child Exploitation Detail (CED) was notified of a Cyber tip from the National Center for Missing and Exploited Children (NCMEC). A review of the videos depicted a minor child being sexually assaulted while the suspect video recorded it. Through open source and police resources, CED was able to identify the suspect as 29-year-old Joshua Vigil.

A search warrant was served at Joshua’s residence later that evening. This search confirmed the same background in the Child Sexual Abuse Material (CSAM) was manufactured in Joshua’s bedroom. Joshua’s mother identified the child in the video to be a family friend who is a 6-year-old boy.

During the investigation, CED learned Joshua was the “father” figure in the child’s life and has known each other for several years. The videos were located on a cloud based storage website that Joshua was a user of. After an analysis of the videos, it was determined Joshua had sexually assaulted the child back in March 2020; the child would have been 5 years old during the assault.

On January 13, 2021, an arrest warrant was issued for Joshua Vigil for the charges of Criminal Sexual Penetration of a Minor in the First Degree, Criminal Sexual Contact of a Minor in the Second Degree, three counts of Sexual Exploitation of a Child in the Second Degree (Manufacturing) and Sexual Exploitation of a Child (Possession). The child victim was 5-years-old at the time of this incident. 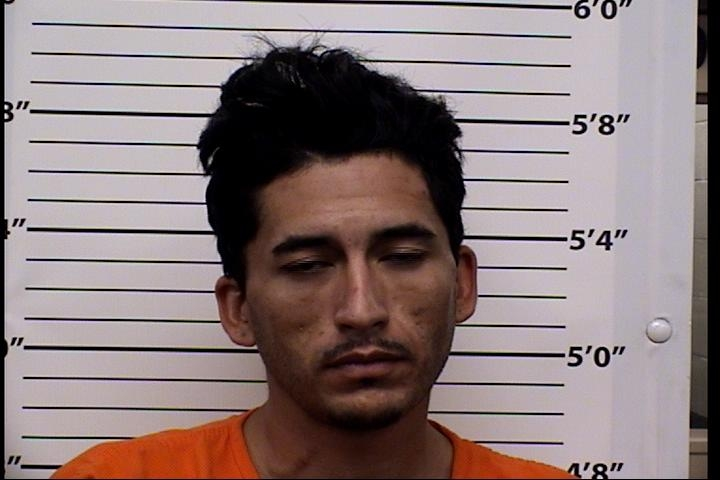 On December 16, 2018, at approximately 2:27 p.m., the Albuquerque Police Department responded to the area of Central Av SE and Dorado Dr. SE in reference to a female who had been shot. The female was later identified as 41-year-old Donalda “Mia” Shortman.

A caller stated they saw an African American adult male, approximately 30 years old, 5’8” tall, wearing a black hat, black shirt, and baggy blue jeans, running southbound on Dorado Pl SE just after the caller heard a gunshot. Shortman was found on the sidewalk with a gunshot wound and later succumbed to her injuries. 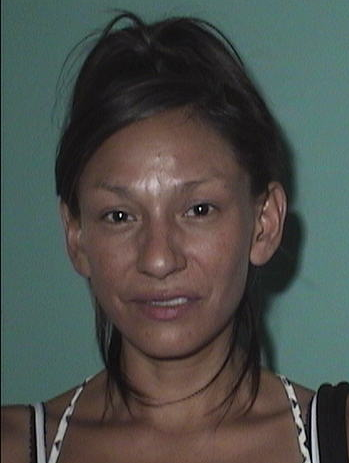 On November 26, 2020, the Albuquerque Police Department responded to a shooting at the Phillips Gas Station located at 7011 Lomas Blvd NE. A female victim suffered a gunshot wound to the head which has left her paralyzed. The SUV pictured is believed to be the offender vehicle. 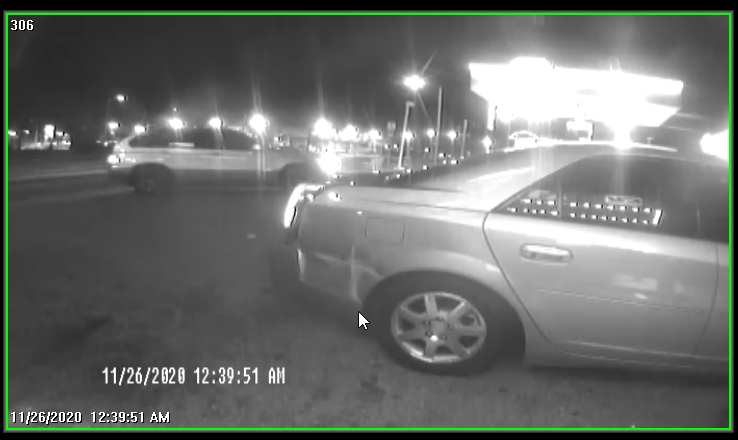 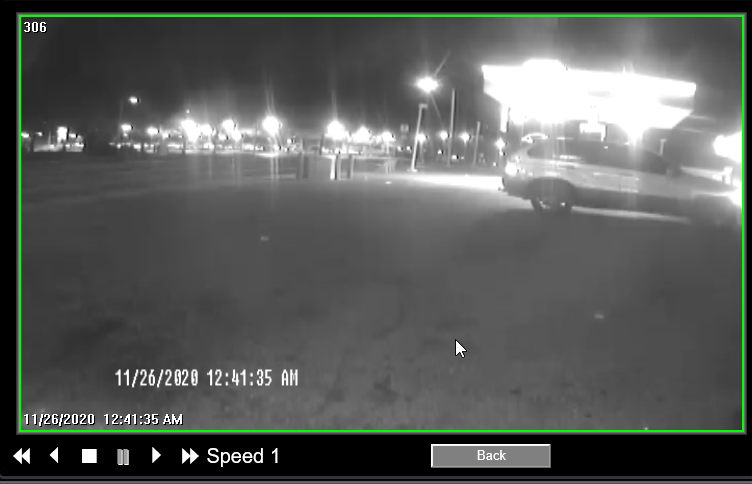 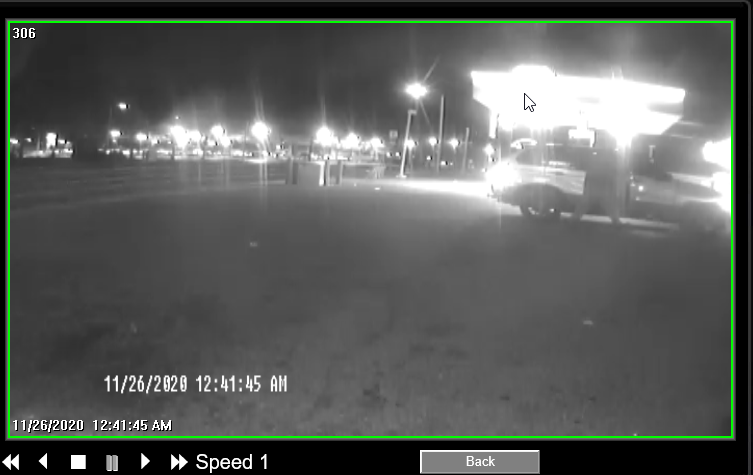 On October 16, 2020, Albuquerque Police responded to the area of Candelaria and Jefferson at approximately 7:07 p.m. for a fatal crash involving a pedestrian. The offender vehicle is possibly a Ford F-250 blue in color with some front end damage. 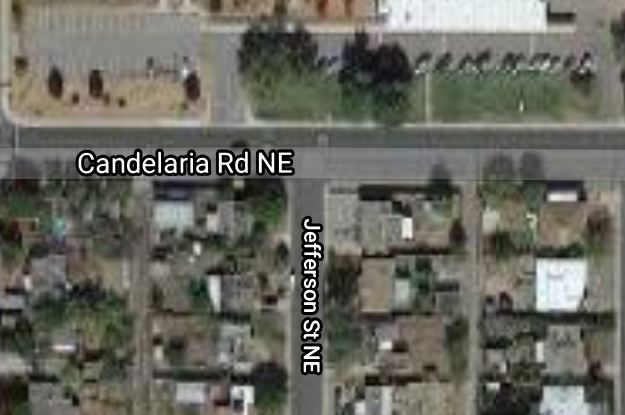 STATUS: OPEN
On September 20, 2020, this unknown male and female walked out of Smiths located at Tramway Blvd NE and Montgomery Blvd NE with unpaid merchandise. When outside of the store security approaches them and ask them to re-enter the store and pay for their items. The duo continues to leave getting into a Black Honda civic with an unknown license plate number. As the male enters the drive side door he pulls out a black colored firearm and points it at Security.

On September 8, 2020 at approximately 8:51 p.m., a shooting occurred at the Good to Go gas station located at the corner of Broadway Blvd SE and Avenida Cesar Chavez SE. The suspects shot at a car occupied by three people, injuring one.  The suspects were observed arriving and leaving in the SUV pictured. The two individuals pictured are believed to be involved in the shooting.

On July 27, 2020, Albuquerque Police were dispatched to the intersection of Zuni Rd and Wyoming Blvd SE. Upon arrival officers made contact with a female who had been carjacked at gunpoint.

The victim was approached by two unknown males while outside of her vehicle. The first male was described as white or Hispanic, approximately 5’6”, wearing a wife-beater, with a hat, and a Dallas Cowboys face mask. The male then demanded the victim’s car keys. The second male wearing a white t-shirt grabbed and held the victim while striking her on the side of her face with a firearm. The two males then took off with the victim’s vehicle.

The Dodge Magnum pictured is the suspect’s vehicle.  The two male suspects were seen talking to the occupants of the Dodge truck. 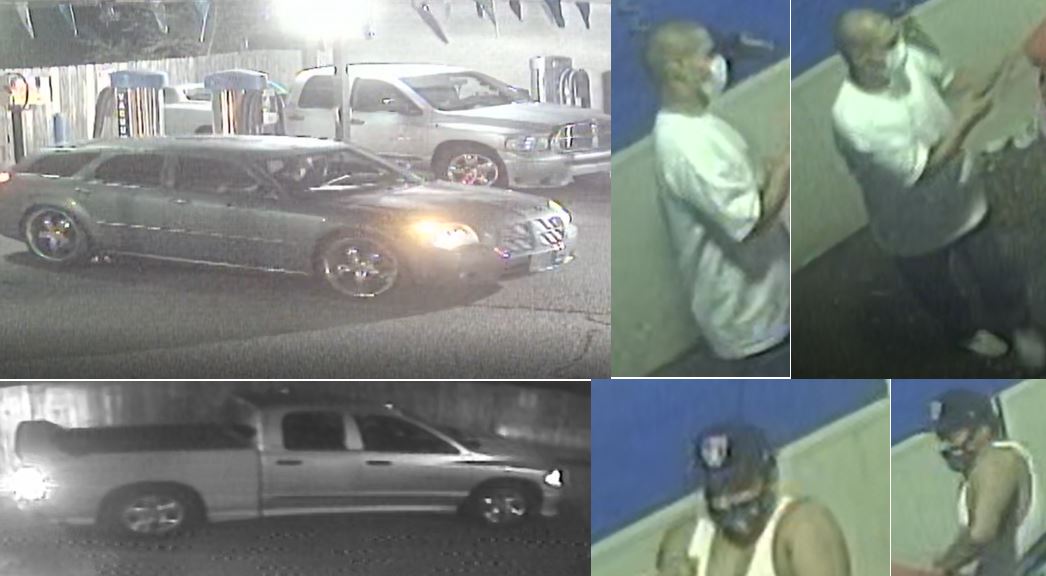